Each of the Top 10 CNN Heroes, whose profiles are available to view at ww.cnnheroes.com, received a $50,000 grant for being named as this year’s honorees. One of 2011 CNN Heroes will be named the “CNN Hero of the Year” live on the tribute show, as voted by fans across the globe, and will receive an additional $250,000 grant to further aid their charitable work.

During the live broadcast, the Top 10 CNN Heroes will each have his or her story told by a celebrity. CNN is proud to announce additional celebrity presenters and participants including:

Jerry Seinfeld, Stand-up comedian, actor, writer, and television and film producer
George Lopez, entertainer and long-time supporter of CNN Heroes, will be introducingHometown Heroes, showing viewers what you can do to be a hero in your very own backyard
Sofia Vergara, Emmy, Golden Globe and SAG-nominated actress
Mary-Louise Parker, Award winning actress, Showtime’s Weeds and supporter of Hope North Uganda
Ice Cube, Rapper, actor, screenwriter and producer
Laura Dern, Golden Globe Award winning Actress and star of HBO’s Enlightened
Chris Colfer, Golden Globe winner, two-time Emmy nominee, SAG nominee, and star of Fox’sGlee, will be presenting to youths who are being recognized and honored by CNN as “Young Wonders.”

Joining Colfer in presenting the “Young Wonders” is Miley Cyrus, who will also be performing hertriple platinum hit “The Climb” and Kid Rock will perform a special live version of "Care" from his platinum selling album, “Born Free.”

This news comes on the heels of announcing Dancing with the Stars winner and All My Children actor,J.R. Martinez, The Black Eyed Peas’ will.i.am, global maternal health advocate and founder of Every Mother Counts, Christy Turlington Burns, and NFL Super Bowl champ and MVP quarterback Kurt Warner, as presenters last week.

CNN and GetGlue have teamed up to offer limited edition CNN Heroes: An All-Star Tribute stickers. Through their mobile devices, GetGlue app users can ‘check-in’ to the broadcast to unlock exclusive stickers that can be shared on social platforms like Facebook and Twitter.

Fans can also make a direct charitable donation to their favorite Top 10 CNN Heroes’ nonprofit using Google Wallet through December 31, 2011. Google is waving all transaction fees enabling 100 percent of the donations to go directly to the CNN Heroes’ non-profit organizations. 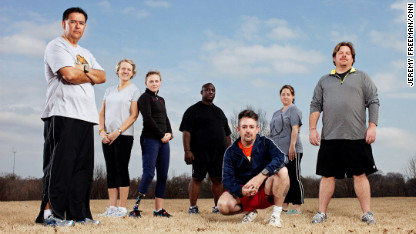 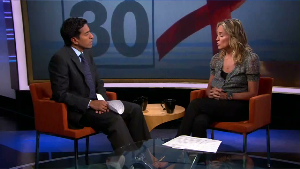 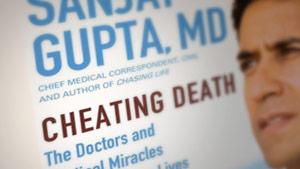